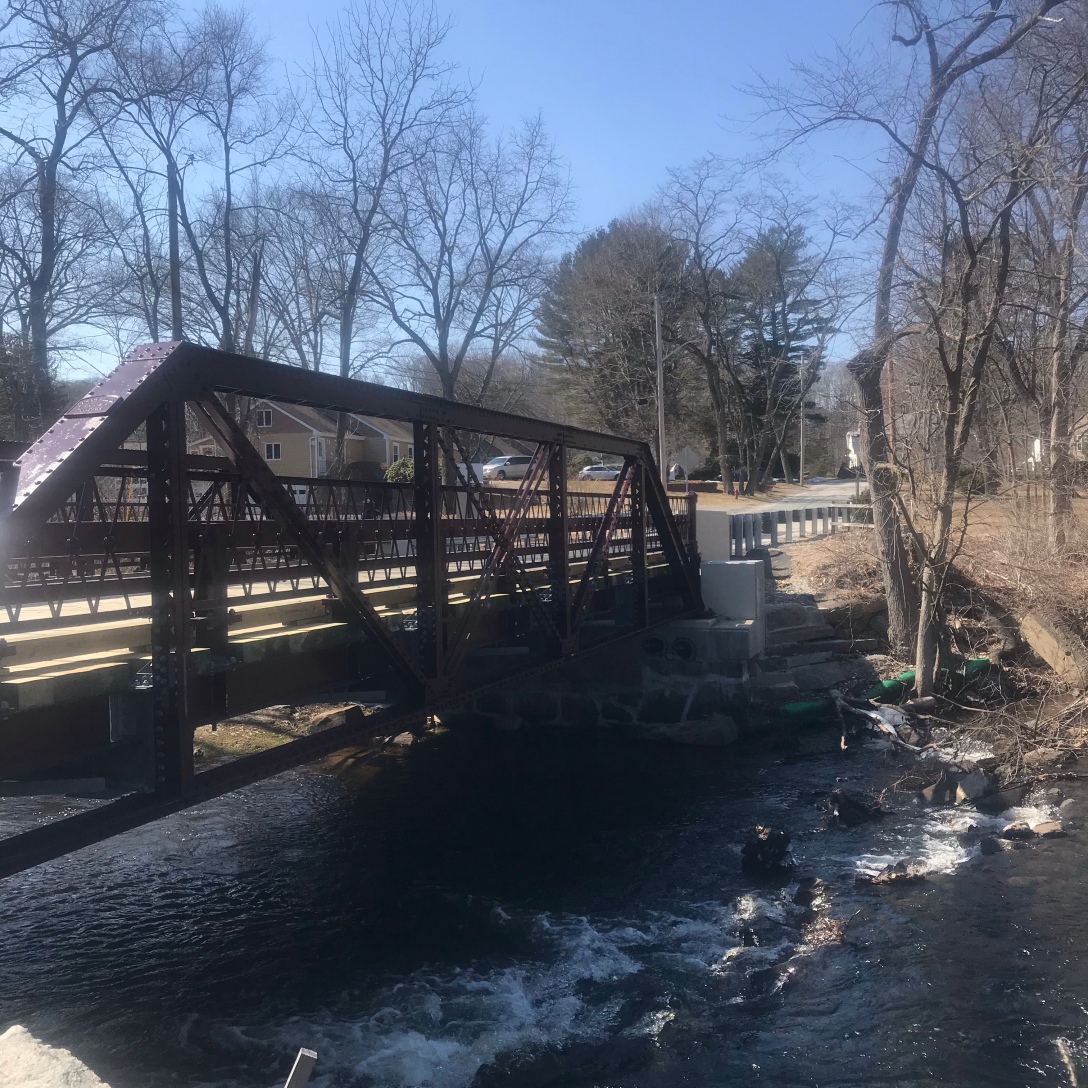 Instead of a regular blog post this week, I’ve decided to share some personal pieces that I wrote in my phone notes at midnight this past weekend when I was in my bag.

The following are memories and thoughts that I can’t seem to get out of my head:

The bridge had been out for over two years. Since I never drove down that way anymore I never really got a good look at it. One hot midsummer day I decided to walk to it, just to see. There were various construction-site items strewn about, despite no actual work being done on it. There was a fence so you would know that the bridge was no longer there. I walked around the fence and up to the edge of the no-longer bridge. It felt higher than I remembered, with rocks jutting down to the not-so-slow moving water. I looked across to the other side of the no-longer bridge. An older woman, doing the same as I, smiled and waved at me. I waved back. That was all we could do, since there was no longer a bridge.

When you don’t drive as often, things seem to just appear. One day there’s a hotel, or a Honda dealership, or a car wash. Sometimes things just disappear and you never get to say goodbye. Like a building long forgotten, so forgotten that you might’ve stopped noticing it. So forgotten that you only noticed it when it was finally gone.

“What Are You Thinking?”

We roll over and I put my head on his chest. “What are you thinking?” he asks, as he always does when my facial expression betrays me. I tell him that I have no thoughts. “That’s impossible, just tell me” he says. I am thinking that this would be the last time I would sleep with him. But I don’t want to confront him just yet, so I turn away to hide my face.

“Do you want to see where I keep my gun?” he says, his voice echoing from down the hallway.

“I’d rather have plausible deniability” I say, my eyes not leaving my cell phone screen.

His head pokes into the doorway. “Right answer.”

My door opens and the light from the hallway illuminates my bed with the silhouette of a friend.

Blurry-eyed, I try to see her face. “Are you okay?”

“Yeah, I was just letting you know.”

The door closes and the room is dark again. I turn back over to sleep, my sweat cold.

He drove my car home that night because I had three beers. I was okay with staying, I had even begun to fall asleep, but he insisted we go home.

I leaned the passenger seat back as far as I could. I watched the Bourne bridge pass above us. I could see the stars when we got on the highway. The relief had me giddy; I even looked at him, in the moonlight, without the resentment I had just an hour prior.

He offered to sleep on the couch and I could have his bed, but he shortly came back into the room.

“Aren’t you going to sleep on the couch?”

“There’s someone already on it.”

I don’t know if this was true or if he just wanted to be in bed with me for the last time. I put the large stuffed animal we got from the arcade between us.

I woke up as soon as the sun came in the windows, and didn’t want to stay in bed a minute longer.

It was barely seven in the morning as I put on my shoes.

And that was it.

We hadn’t seen each other in over a year. I had asked him to be my date but he wasn’t sure if he would be home in time (the military is notorious for not giving explicit return dates). But he was able to come see me that night. I kept my dress on and walked down the streets in Providence to retrieve him from the parking garage. I wanted him to at least see me in my dress.

After he took off my dress, we went back outside to smoke a cigarette in front of the hotel. I wasn’t a smoker, but I took one. We leaned against a cold concrete pillar. We didn’t say much.

A couple came flying out of the front doors, deep in an argument. Him, still in his tux, and her, in pajamas. She yelled at him for not paying her enough attention that night. We watched, cigarettes popping in and out of our mouths, not saying much.

“Should we do anything?”

“Only if he pushes her back.”

We continued to lean on our pillar, smoking, not saying much, just digesting the juxtaposition.

We never saw each other again.

He was a dickhead,

but his pasta fagioli?

Several lawn chairs were setup in the driveway, circled around our beloved friend who lay lame on a blanket. Fans of his popped in and out, bringing gifts and adoration. Each, upon seeing the boy panting in the warm sun, would kneel next to him, and hold his head for the last time. We exchanged our favorite stories of Grandpa Charlie, who would eat anything off the street, who would ceaselessly and unabashedly ask for pets, who was just happy to be alive and in the care of his Katie.

We said our goodbyes and promised to never love another dog as much as him.

The bridge between our houses was torn down around the time Katie came home for good. It was the road always taken, it was the route never questioned for ten years.

We had much animosity towards the no-longer bridge. So much so, we argued about the time it took to take the two alternate routes. Mine had a speed bump, hers had more turns. The difference was seven minutes versus eight.

It took nearly three years to finish the bridge. The day I noticed that the road was no longer blocked, I was elated, and finally took the road less traveled.

I took the road less travelled by and realized that it didn’t actually make all that much a difference. It was too narrow for two cars, and too windy to drive over twenty. Elation turned to disappointment and I shared my findings.

She, too, discovered that the now-bridge was not as pertinent to our travels as we once thought. It took seven minutes.

The lesson learned: just because it was always done that way, doesn’t mean it’s the best way